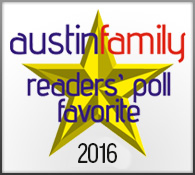 AJV Alum Kelsie Payne (Kansas) has been named one of 30 candidates for the 2017 Senior CLASS Award! Kelsie is a right side hitter for Kansas University majoring in communication studies. She helped KU reach the Final Four in 2015 and became the program's first-ever first-team AVCA All-American. She has also made time to volunteer for the Special Olympics and Habitat for Humanity.

According to the website, student-athletes must be classified as an NCAA Division I senior and have notable achievements in four areas of excellence: community, classroom, character and competition, to be eligible for the award.

Midway through the regular season, the list will be narrowed to 10 candidates. The winner of the award will be voted on by media members, coaches, and fans.

This is the third year in a row a former AJV athlete has been named a candidate for the Senior CLASS Award. Jazzmin Babers (2016) and Molly McCage (2015) were eventually also named one of the ten finalists for the award.