Freshman AJV alum Sam Bray was named the Ivy League's Rookie of the Week after helping Yale to a victory over Brown. Sam posted a .625 hitting percentage with 10 kills, also adding four blogs and a dig. She has now posted 10 or more kills in four matches this season.

With the win, Yale remains tied with Princeton for the top spot in conference standings. 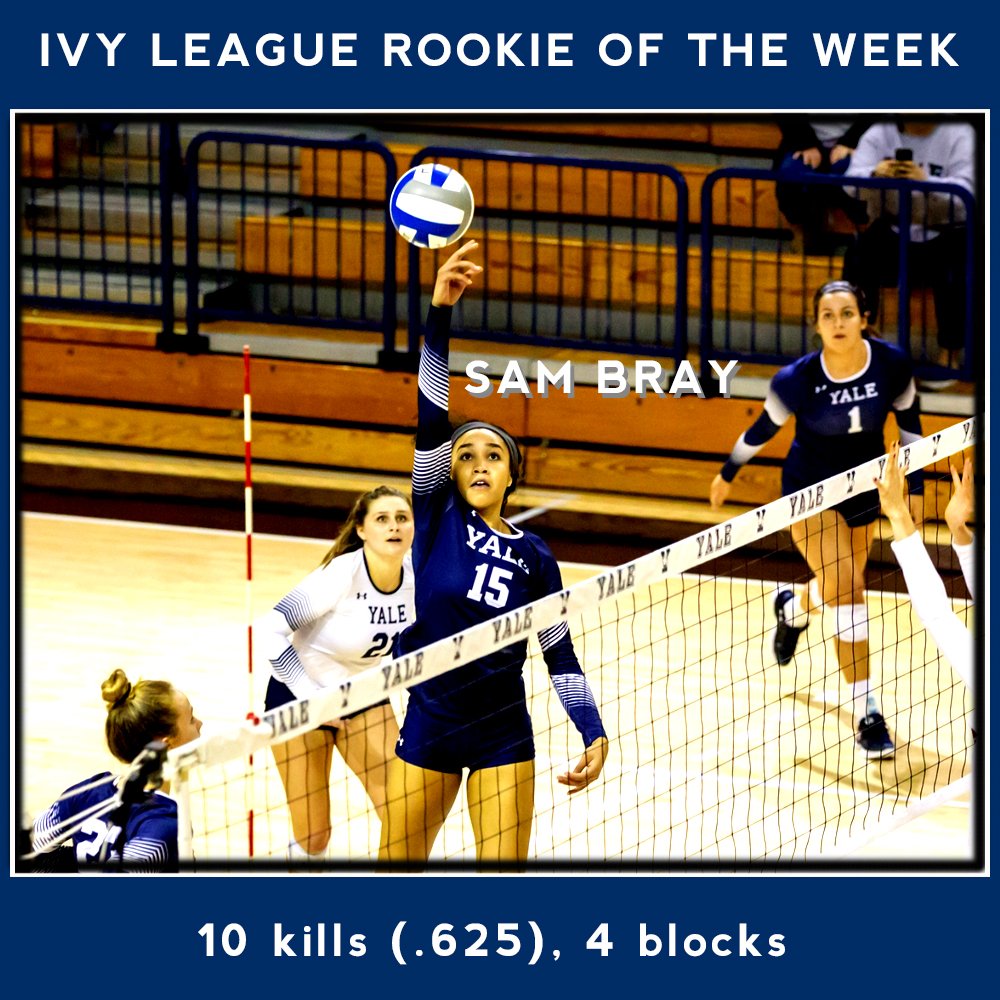